How Our Data Can Turn Patient-Provider Monologues into Dialogues 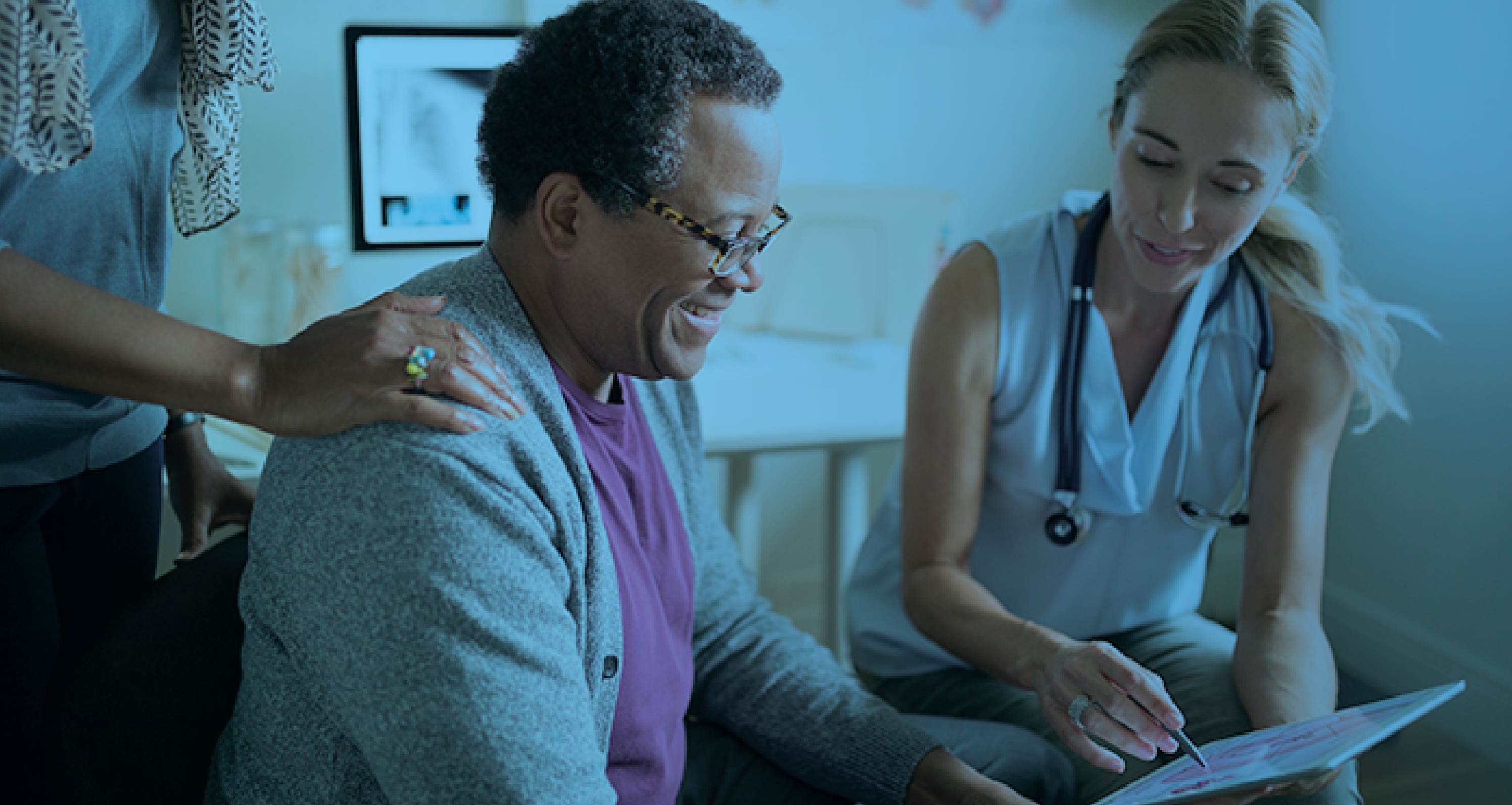 My grandmother, Betty, passed away at the age of 73 in 2015 from complications related to advanced chronic obstructive pulmonary disease (COPD). In hindsight, it was due to Betty’s surroundings — her social determinants — that she died years before the average life expectancy in the United States. She lived in a small town in Iowa, where many of her friends smoked. Driving from driveway to parking lot to driveway is the norm, leading to a sedentary lifestyle. And ironically, barbarously, in a town surrounded by farms, in a state with over 30 million acres of commercial farmland, grocery stores in her town have lacked quality fresh fruits and vegetables for decades.

Every physician that Betty saw for 30 years told her to stop smoking and lose weight. She knew these were things she needed to do, and she knew why she needed to do them. However, despite her many attempts, she remained a smoker and remained overweight. And so, at every medical appointment, her physicians would repeat, “Betty, you need to stop smoking and lose weight.”

She eventually did stop smoking, although it was after her COPD diagnosis. About six months before she died, I remember Betty saying to me after an appointment with a new physician, “He told me I need to lose weight and get some exercise. What does he know?” What this physician didn’t know is that Betty had been trying unsuccessfully to do this for years, so she had just written off the whole notion. She couldn’t find anything that worked for her. And without help, she felt abandoned by the healthcare system.

Betty had been scolded for years to get healthy, but she was never exposed to any therapeutic medical interventions or technologies until after she was diagnosed with COPD. These were technologies intended to extend her life now that she was in poor health. Where were the solutions that could have helped prevent her from developing this condition in the first place?

It’s time for those of us developing health interventions and technologies to create solutions designed to improve life and prevent poor health. It’s time for our healthcare system to financially and organizationally support and encourage these proactive interventions. And it’s time we leverage the power of consumer health solutions to enable preventive treatments that keep us living longer, healthier lives.

I have been fortunate through my work at Validic to be connected with Steve Van, who has been living with type 2 diabetes for over a decade. For the ten years following Steve’s diagnosis, his condition was managed via quarterly a1c lab tests and visits with an endocrinologist. The endocrinologist had asked Steve to track his blood glucose, exercise, and watch what he ate. He did those things, and yet, his condition exacerbated. As Steve tells it, he began to hate his life.

Steve wanted to get healthy, and he thought he understood how to do it. He was exercising and trying to eat healthy. But, like Betty, nothing Steve seemed to try was working for him. And so, every three months, he would return to the endocrinologist and receive another “failing” grade on his a1c exam.

Steve would say, “I have this data from my glucose meter,” and his physician would say, “I can’t trust that information, but your a1c shows that you’re failing.” Steve and his doctor were talking past each other.

I refer to this paradigm of healthcare as the monologue. These are one-sided conversations, where both the patient and the physician feel like they aren’t being heard. This is the frustrating, confusing reality of living with a chronic condition. It’s also, unfortunately, the frustrating, confusing reality of just trying to be healthy. Our healthcare system functions in such a way that, as a patient, you only matter when you’re sick.

So here was Steve, stuck in the monologue, in the same scenario Betty struggled with for 30 years. And then, something unexpected happened: Steve got better.

How the Monologue Becomes a Dialogue

Steve became so fed up with his care that he switched healthcare providers, and happened to get enrolled in a diabetes remote monitoring program of which Validic was fortunate to be a part. The program brought the data from Steve’s glucose monitor, his nutrition app, his wearable, and his weight scale into the clinical workflow of his new healthcare provider.

Now that his care team had access to his data, they saw a consistent pattern of blood glucose spikes at the same time every evening (an account of Steve’s story can be found here). Through conversations with the care team, Steve learned that the unsalted, no-fat popcorn he was munching on with his wife while they watched moves together was causing his blood sugar to spike. Steve eliminated the popcorn, and his glucose levels evened out.

For the first time since his diagnosis, Steve saw a direct correlation between a change in his behavior and a change in his blood glucose, and his a1c dropped by half a point in just 30 days. Steve was hooked — he saw how his data could unlock his pathway to getting healthier. And, critically, the data also changed his relationship with his care team. Since they both had access to the same information, instead of a monologue about what Steve should be doing, they could have a dialogue about what the data show Steve actually doing.

Today, more than two years after enrolling in that program, Steve is 50 pounds lighter, his a1c has dropped by 2.5 points, and he is back to loving his life. This is not all because he cut out popcorn — that was simply the first of many insights Steve’s personal health data unlocked on his pathway to a healthy life.

Like Betty, Steve knew what to do to be healthy, and he had the desire to do it. However, what he was trying wasn’t working for him, and he wasn’t sure if he was doing it right. Steve’s data became the way for him to understand his condition, and it became the universal language he used with his healthcare team. Consumer health data turns patient care from a monologue into a dialogue, and this is what makes the consumerization of healthcare such a powerful concept.

When I think of Steve’s story, it’s hard not to contemplate on how Betty’s life could have been different. If consumer health sensors had been available 30 years ago, it’s possible that she may still be alive and healthy. What if Betty had learned that the day after a good night’s sleep, she had fewer cigarette cravings and ate smaller portions of food? What if she had learned that she tended to smoke more after eating meals packed with carbohydrates and other sugars?

Insights like these could have helped Betty demystify her condition, and showed her what worked for her. These data could have also led to a collaborative dialogue with her physicians, replacing the frustration and resentment caused by the monologue.

Our mission at Validic is to improve the quality of human life by building technology that makes personal data actionable. Consumer health data is turning the patient-provider monologue into a dialogue. When we do this, we can create a better healthcare experience, and a healthier future for everyone.